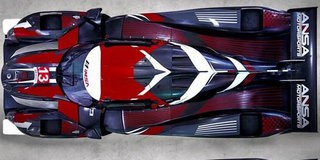 “Both Kyle and Dakota have proven they’re fast in anything they compete in, but most importantly, they are consistent drivers who make smart decisions on the track,” said Onroak Automotive North America General Manager Max Crawford. “We are happy to provide these young, talented drivers the experience in a different Ligier.”

Making his sportscar debut, Kirkwood will be paired with 2018 IMSA Prototype Challenge Roar before the Rolex 24 winner Roman De Angelis, piloting the No. 13 red, black and white Ligier.

“Sportscar racing is something I’ve been interested in for a very long time, but my open-wheel schedule always conflicted me from jumping into one,” said Florida-native Kirkwood. “This opportunity came through a local Florida team, ANSA Motorsports, Ligier and Onroak Automotive. I’m extremely grateful to them for making this a possibility. It’s a strong lineup between the Ligier JS P3, ANSA Motorsports, Roman and me. I can’t wait to kick it off Friday in Sebring.”

While Kirkwood’s sportscar career experience will commence this weekend, Dickerson has contested outside single-seater competition multiple times. The San Diego-native proved himself as a winning sportscar driver by taking first in his class in the 25 Hours of Thunderhill, claiming Rookie of the Year in SCCA Cal Club Spec Miata and qualifying third in a Pirelli World Challenge GT3 rookie race for ANSA Motorsports.

“I’m very excited to try out the Ligier JS P3 with ANSA Motorsports,” Dickerson said. “The guys at Ligier always build great cars, and I know the ANSA Motorsports team is one of the best out there. It’ll be really fun working with them again and I’m looking forward to my first endurance race with IMSA.”

“We are extremely excited to have Kyle and Dakota drive for us this weekend,” said ANSA Motorsports team owner Patrick-Otto Madsen. “The Michelin IMSA Sportscar Encore race is the perfect opportunity to showcase the hard work of our drivers and crew. ANSA is making a monumental effort to prepare and run three Ligier JS P3 prototypes. Without the relentless effort of our team on and off the track, none of this would be possible.”

The weekend will include a promoter test day open to all participants on Friday. The official schedule for Saturday, calls for three, one-hour practice sessions, with a fourth, 30-minute practice planned for Sunday, prior to the 20-minute qualifying sessions. Teams will be required to field a minimum of two drivers per car and a maximum of three. No Platinum-rated drivers will be allowed to compete and no driver lineup may have more than one Gold-rated driver.

About the SCCA Pro Racing F4 U.S. Championship:
FIA F4 is designed as entry-level open-wheel racing for participants, around a contemporary, modern, cost conscious formula. SCCA Pro Racing and its chosen partners that embrace these ideals and support this vision with appropriate technology and products. The selected F4 powerplant is a production-based engine powering the Honda Civic® Type R®, tuned to meet FIA-mandated output of approximately 160 Hp. The engine and the ECU are sealed to provide parity and compliance. The Ligier JS F4 16 carbon fiber chassis is manufactured in the United States by Onroak Automotive North America. From the Hankook Tires, the Honda engine to the Ligier chassis, the F4 U.S. car is assembled and made in the United States.