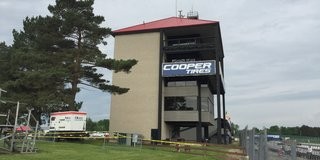 The premier U.S. amateur road racing series, Hoosier Racing Tire SCCA Super Tour is comprised of an exciting, 10-weekend schedule that brings together top SCCA competitors from throughout the country.  Visiting some of the greatest tracks in North America, each weekend consists of two races for each of 28 car classes.  From GT cars to production vehicles, formula cars to prototypes, the Hoosier Super Tour packs a ton of great action into each and every weekend.